The Private Pilot License (PPL) is your introduction to powered flight. To be allowed to fly an aircraft with an engine, you need a private pilot's license with a so-called class rating for single engine piston aircraft (Single Engine Piston/SEP). This class of aircraft has typical cruising speeds between 200 km/h and 400 km/h and a range of 600 km to about 2100 km. Most aircraft in this class have between 2 and 6 seats and therefore offer ample passenger space. 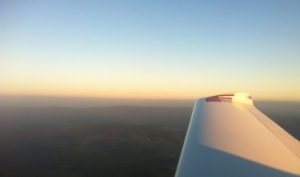 Sunset flight over the Wechselgebiet

We train you according to the latest European regulations for the licensing of aircraft crews (EU Flight Crew Licensing/EU-FCL). This means that you are immediately allowed to fly with all aircraft licensed in the European Union, which was not possible before without additional steps.

In contrast to ultralight or powered glider training, this license is internationally valid and also gives you all the options to begin a wide variety of additional training and further education, such as flying larger aircraft with multiple engines (Multi-Engine Piston/MEP), flying at night (Night Visual Flight Rating/NVFR), flying by instruments (Instrument Rating / IR) or entry into professional flying (Professional Pilot License/Commercial Pilot License/CPL), either immediately afterwards or at any later time.

Many interested parties perform a trial flight before starting flight training to get a first impression. 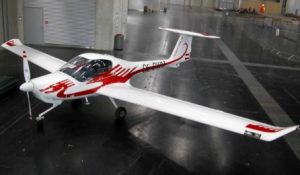 We use a combination of classroom training in our modern and conveniently located seminar hotel (InterCity Seminarhotel, 1070 Vienna, Mariahilfer Strasse 122 or, if necessary, at other training locations) and computer-assisted self-study accompanied by our teachers. There is also the possibility of individual theory training.

Taxiing and behavior at the airfield

Takeoff and landing with and without crosswind

flights to local and international airports

In the course of the training you will be familiarized with all phases of flight preparation and execution, in order to finally be able to carry out flights on your own and without the support of the flight instructor. For reasons of cost and efficiency, we conduct the practical training primarily at the airfield Wiener Neustadt east as well as on airports and airfields in Austria and parts of the EU. If desired, the training can of course also be conducted at other airports. 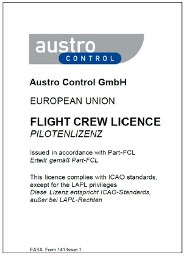 You do not need any special talent or extraordinary physical fitness for the pilot training. Average health and average psychological and physical abilities are enough to complete the entire training without any problems.

The minimum age to take the final exam to obtain a PPL is 17, but training can begin before that. You will also need proof of medical fitness, as determined by a flight surgeon. We are happy to recommend a flight surgeon.

The duration of training is highly dependent on your personal time budget and typically lasts between 6 weeks and 9 months. The more time you reserve for theoretical and practical training, the faster you will progress. We can always provide you with the shortest possible training time for your private pilot's license.

This website uses cookies to improve your experience while you navigate through the website. Out of these, the cookies that are categorized as necessary are stored on your browser as they are essential for the working of basic functionalities of the website. We also use third-party cookies that help us analyze and understand how you use this website. These cookies will be stored in your browser only with your consent. You also have the option to opt-out of these cookies. But opting out of some of these cookies may affect your browsing experience.
Necessary Always Enabled
Necessary cookies are absolutely essential for the website to function properly. This category only includes cookies that ensures basic functionalities and security features of the website. These cookies do not store any personal information.
Non-necessary
Any cookies that may not be particularly necessary for the website to function and is used specifically to collect user personal data via analytics, ads, other embedded contents are termed as non-necessary cookies. It is mandatory to procure user consent prior to running these cookies on your website.
SAVE & ACCEPT